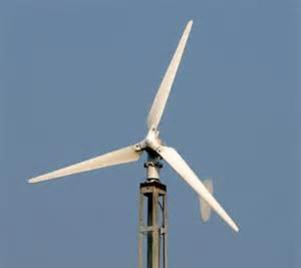 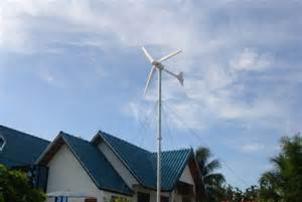 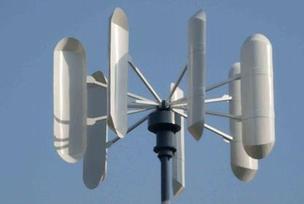 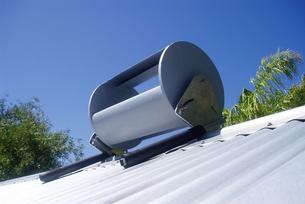 Wind turbines, like aircraft propeller blades, turn in the moving air and power an electric generator that supplies an electric current. Simply stated, a wind turbine is the opposite of a fan. Instead of using electricity to make wind, like a fan, wind turbines use wind to make electricity. The wind turns the blades, which spin a shaft, which connects to a generator and makes electricity.

Advantages and Disadvantages of Wind-Generated Electricity

Wind energy is a free, renewable resource, so no matter how much is used today, there will still be the same supply in the future. Wind energy is also a source of clean, non-polluting, electricity. Unlike conventional power plants, wind plants emit no air pollutants or greenhouse gases. According to the U.S. Department of Energy, in 1990, California's wind power plants offset the emission of more than 2.5 billion pounds of carbon dioxide, and 15 million pounds of other pollutants that would have otherwise been produced. It would take a forest of 90 million to 175 million trees to provide the same air quality.

Even though the cost of wind power has decreased dramatically in the past 10 years, the technology requires a higher initial investment than fossil-fueled generators. Roughly 80% of the cost is the machinery, with the balance being site preparation and installation. If wind generating systems are compared with fossil-fueled systems on a "life-cycle" cost basis (counting fuel and operating expenses for the life of the generator), however, wind costs are much more competitive with other generating technologies because there is no fuel to purchase and minimal operating expenses.